“If I had not gone to law school,” says California Estate Attorney Jason Barmasse (pronounced BAR-muh-see), “I most likely would have gone into engineering. Why? Because I enjoy solving puzzles and mind games—and it delights me that the practice of law is often one big puzzle board for attorneys like me to interpret, and to help clients navigate.”

Jason’s clients are equally delighted by his enthusiastic approach to solving the trickiest issues in Estate Planning, from re-engineering the estates of blended families to dealing with multi-generational succession in businesses. They mention his “great deskside manner,” and how he puts them at ease, even in the most difficult circumstances.

“I enjoyed the puzzles and the competitiveness of litigation, but it was only when I moved into Estate Planning that I found myself really fulfilled as an attorney.”

Jason’s road to the practice of Estate Planning took some interesting turns.

When he was growing up, he tells us, his family and teachers often told him he’d “make a great lawyer” thanks to his critical thinking skills, his eloquence, and his winning personality. But he did not at first listen to their advice—and pursued neither law nor engineering, but team sports.

At Loyola Marymount University in Los Angeles, he was captain of the baseball team, as well as a “Scholar Athlete” on the Dean’s List. Indeed, when he first headed to law school, he did so “as a way of continuing my sports career,” with the goal of becoming an MLB-certified representative agent.

Helping Before a Problem Arises

But Jason’s path shifted, and for his first five years of practice, he found himself working not in baseball, but in civil and criminal litigation in both federal and state court. He was a potent and successful force in litigation, with countless victories to his credit.

Despite this success, however, Jason ultimately decided that he could do his best work outside the courtroom—by helping prevent issues from ­­­­arising in the lives of clients.

“I enjoyed the puzzles and the competitiveness of litigation, but it was only when I moved into Estate Planning that I found myself really fulfilled as an attorney. Unlike an uncertain outcome at the end of a lawsuit or a defense, I love that I can logically design a good outcome for a client—actually solve problems in a way that benefits a whole family, often for generations to come, and before a crisis evolves. That’s a great feeling.”

Jason goes on to say that the natural competitiveness which drove his years in sports and litigation has now happily been channeled into “challenging myself to unlock the secrets of success for my clients.”

The outcomes of his Estate Planning efforts, he reports, are often more satisfying than winning a court judgment. “I can honestly say that I have been able to help save more time and money for each one of my individual Estate Planning clients in a single month than I was ever able to do for any of my clients in defense litigation. As an Estate Planning lawyer, I can also now say that my clients are happy to see me! Not many in any profession can make such a proclamation, and few are privileged to find this kind of fulfilling work.”

Restructuring Plans After a Disaster

Jason had a memorable estate planning moment in November 2018. “I’m particularly fond of this story,” says Jason, “because it’s deeply rooted in the community where I was raised, right here in Westlake Village.”

That November, wildfires tore across California, leaving a path of destruction. A light-caution alert was issued to residents of Westlake Village, informing them of an emerging fire that had broken out in Simi Valley at around 8:00 pm on the first night of the now-infamous “Woolsey Fire.” The city went to sleep that night under an illusory cloak of safety, only to be startled awake hours later amid rising flames and an emergency evacuation order. When the fire was finally contained a full two weeks later, the destruction included 1,643 buildings and three lives lost. In total, approximately 300,000 people were prompted to evacuate from their homes without the time or ability to save the home’s contents on the way out.

Beyond the catastrophe of lost homes, people lost much personal property in the fire—goods of both sentimental and monetary value. “In the midst of everything else, many had to totally rethink their estate plans,” recalls Jason, “In particular, I had two couples in a desperate hurry to get their affairs in order while still competent enough to do so. Both were married for over 40 years with children and grandchildren, and both had lost much to the fire. They needed to urgently restructure their equal-distribution plans in accordance with the newly changed character and value of their assets—and I was proud that I could work through the issues and give them peace of mind both in asset protection and with a sensible plan to help their heirs. It was an important moment for me, and helped reaffirm my new path.”

A Natural Home for a Dynamic Personality

Jason now intends to spend his full legal career in Estate Planning, and CunninghamLegal is a natural home for his skills and dynamic personality. “CunninghamLegal has emerged as a true thought leader in many areas of estate, trust, and tax planning—this is a firm known for solving some of the most intricate estate puzzles faced by California families, and it’s truly an honor to be part of the team here.”

Jason does keep up his sporting life with golf on weekends and softball on weeknights. But he’s more than a lawyer or an athlete—he’s a family man, and he tells us that his wife Lauren and daughter Elliott join him in enjoying travel, camping, boating, wakeboarding, movies, and mini-golf.

He and his family still live in his home town.

“They say home is where the heart is, and Westlake Village has been my home for my entire life,” smiles Jason. “I remember when you couldn’t even find Westlake Village on the Thomas Guide maps. But I’ve witnessed the area grow and develop over the last four decades into one of the most vibrant, desirable suburbs in Southern California.

“Westlake Village has upscale appeal while still maintaining its quaint, community-focused ambiance. The school system is exceptional, the city itself is remarkably beautiful, and the myriad of local food options are hard to beat—whether its decades-old landmark BBQ joints or one of the countless newly-opened hip eateries. Then there’s the geographical perk of being just a stone’s throw away from the Malibu coastline.

“­But the residents of Westlake Village are the true appeal of the city. It’s the kind of place where people can start a family, then comfortably retire when the next generation is set to raise a family of their own. It’s Los Angeles suburbia with Beverly Hills-like glamour and southern charm/hospitality. The local culture of Westlake Village can be captivating for anybody, regardless of age, and because of that, it is a place that people, myself included, can be proud to call home for multiple generations.”

Jason Barmasse makes his home in Westlake Village in Southern California, but he and our full team of attorneys can help you with advanced Estate & Tax Planning from any of our offices throughout Northern and Southern California. We offer in-person, phone, and Zoom appointments. Request an appointment online or call (866) 988-3956. 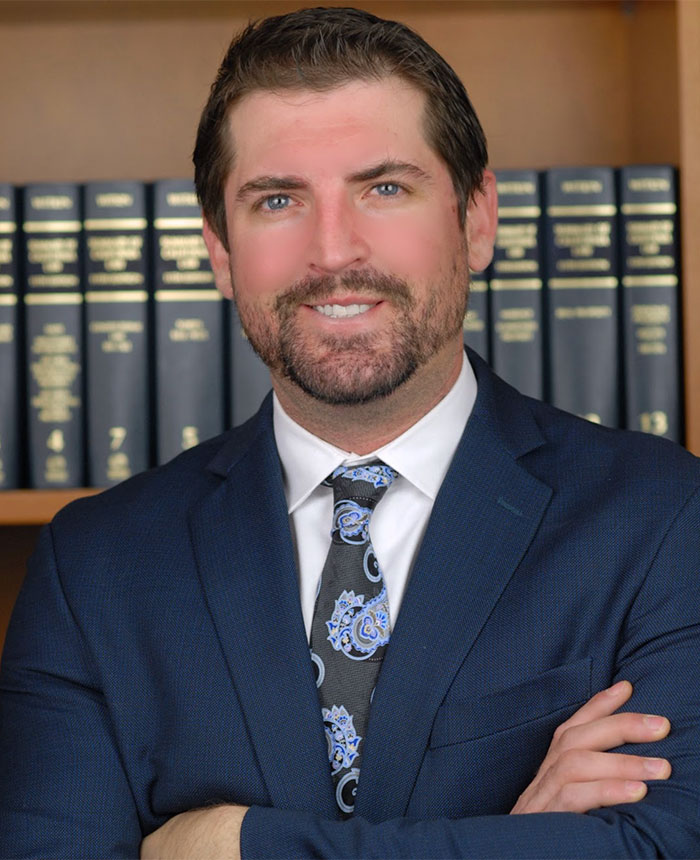