WHAT ARE SOME REAL-WORLD EXAMPLES OF COMPLEX TRUST AND INHERITANCE SITUATIONS? HOW DO LAWYERS CREATE TRUSTS FOR DIFFICULT SITUATIONS?

Here are a few real-world case studies that show how CunninghamLegal attorneys assist our clients. Expert counsel is often needed in trust issues, as every case is unique and can’t be addressed with “cookie-cutter” solutions.  Names and some details have, of course, been altered.

Case 1: Setting Up a Blended Family Heir for Success

Laurie and George’s marriage is the second for both. From her previous marriage, Laurie has a son, Alan, and, from his, George has a daughter, Cathy. Laurie, who is sixty years old, has a terminal illness and wants to make sure Alan is provided for after her death.

Laurie considers three solutions, none of which is actually viable. She could set up a trust naming Alan the Beneficiary of all her separate property, including her separate community property. But this would not go down well with her husband, who would be effectively disinherited from half-interest in their house. Second, she considers leaving all her property to her husband, in expectation that he will then leave it to her son. However, she’s rightly afraid George will remarry and possibly disinherit Alan or dilute Alan’s share.

The third possibility, which was common up to ten years ago, would be for Laurie to establish a B (for “buried” or “below-ground”) trust. This means George would be able to benefit from the trust while he’s alive, and Alan would inherit once George dies. However, there is really nothing in a B trust to prevent George from squandering the money while he’s still alive.

Three strikes and you’re out.

CunninghamLegal advised Laurie to establish the B-trust variant known as a Qualified Terminable Interest Property or QTIP trust, naming George as Trustee and Alan as what’s known as a “Remainderman” (rather than “Beneficiary,” since both men are actually Beneficiaries).

In this arrangement, husband George receives an income of 4 percent a year of the value of the trust, for specific purposes such as health, education, maintenance, and support. Thus, it’s to his advantage to grow the trust in order to increase his income. On the other hand, he is unable to touch the principal.

On George’s death, Alan, the Remainderman, inherits that principal on an extremely tax-advantageous basis. Everybody’s needs have been met!

Case 2: Properly Providing for a Child with Special Needs

Betty and Hal have one child, Charlie, age twenty-five, who has been disabled since he was a minor. Charlie gets federal supplemental security income (SSI), a public-assistance benefit designed to provide for a disabled person’s basic needs: food, clothing, and shelter. In California, the benefit is just under $900 a month.

Betty has a million-dollar, taxable IRA that she wants to put into a trust to take care of Charlie after she and Hal have passed. However, under normal circumstances, after her death, that IRA will be heavily taxed in the short term, over one to five years, leaving Charlie uncared for afterwards.

CunninghamLegal advised Betty and Hal to create an IRA Legacy Trust and name the trust as beneficiary of their IRAs after their deaths. This trust has particular language to make it a special-needs trust. The new trust has a professional fiduciary as Trustee.

In this arrangement, the Trustee can withdraw and distribute funds from the IRA over Charlie’s lifetime, providing up to five to ten times more revenue than under a regular trust. Such trusts are generally written to make distributions supplementing the basic needs covered by SSI, such as physical therapy, counseling, vacations, and much more.

Now, Betty and Hal will have successfully avoided putting a time-bomb in Charlie’s hands after their demise—while providing critical financial support throughout his entire life.

Roger and Marianne have a son, Sam. who is on and off methamphetamine, a drug that can be more problematic than heroin. If they establish a trust that names Sam as beneficiary “as long as he can prove that he’s been off drugs and gainfully employed for two years,” it wouldn’t be hard for him to game the system. For example, if he takes Adderall for ADHD, or even antihistamines, he could test positive for meth and claim to have been misdiagnosed. If this ends up going to court, the judge will have no way of knowing whether Sam actually is on drugs or not. Of course, if Roger and Marianne just establish a regular trust for Sam, he could easily blow through it, if you will forgive a pun.

CunninghamLegal advised Roger and Marianne to establish a special trust we call a “dole-out trust.” The Trustee is Andy, Sam’s uncle and Roger’s brother, who will know if Sam actually is off meth. Andy can make distributions entirely at his discretion, based on constraints such as George’s being off drugs for a couple of years, that the courts will not be able to review and overrule. We also had Roger and Marianne establish a second Trustee, should Andy die or become unable to serve, as well as a Trust Protector who, with the consultation of the family, can appoint a third Trustee if the second Trustee dies or is incapacitated. By the time Roger and Marianne pass, if Sam has cleaned up, Andy should be able to set him up on a dole-out budget of around $3000 a month, which should allow him to live a normal life while incentivizing him to hold down a job.

Tammy and Steve have five kids, but are estranged from one of them, Julia. This is a more common problem than many people realize. There are many reasons for such estrangements, often involving racial, religious, and sexual-orientation issues. In Julia’s case, her husband cut off her contact with her family, and she complied. Tammy and Steve have a trust in which Julia is not named as a Beneficiary. Indeed, she isn’t mentioned at all. However, in almost every state, their Trustee is required to notify not only those named in the trust, but those who would have inherited if there hadn’t been a trust. Once informed of her parents’ deaths, Julia could demand a copy of, and contest the trust. Some states, like California, require that a valid, Constitutionally-defensible reason for disinheritance be given in the trust. Its absence would be grounds for a suit.

CunninghamLegal told Tammy and Steve that they had to mention Julia in their trust rather than ignore her. The document was redrafted, stating that Julia was disinherited because of her expressed wish not to be in further contact with the family. No other (potentially contestable) reason was stated, but this permitted the Successor Trustee to honor both the letter and spirit of Tammy and Steve’s request and removed any grounds for Julia’s bringing a suit against the trust.

Fred and Sue have bought an investment property. To keep property taxes relatively low under California’s Prop 13, they want their three children to inherit it without its being reassessed at a higher value. They establish and place the property in a trust, believing that this will yield the hoped-for result. But it won’t, because under Proposition 19, tax caps on investment properties no longer pass automatically to children. Regardless of the trust, once Fred and Sue pass, the property will be reassessed, and the tax base almost certainly raised—making the investments no longer viable for any of the family members

CunninghamLegal informed Fred and Sue that the only way to avoid reassessment would be if the property were purchased by a limited liability company (LLC) under a complex “daisy-chained” ownership structure with their children that we have developed in response to Proposition 19 here in California. The best possible approach would be to form such an LLC first and then have it purchase the property. However, Fred and Sue had themselves purchased the property a couple of months before. This turned out not to be a problem, as the value of the property had not gone up within such a short timeframe, resulting in no change as the property was reassessed when it was transferred to the LLC. Spending a little money to form an LLC now will likely save their kids a lot of money in property taxes in the future and help ensure that the investment continues to pay off.

Ready to protect your family & safeguard your legacy by starting your Estate Plan?

Cunningham Legal has you covered! Explore what we have to offer. 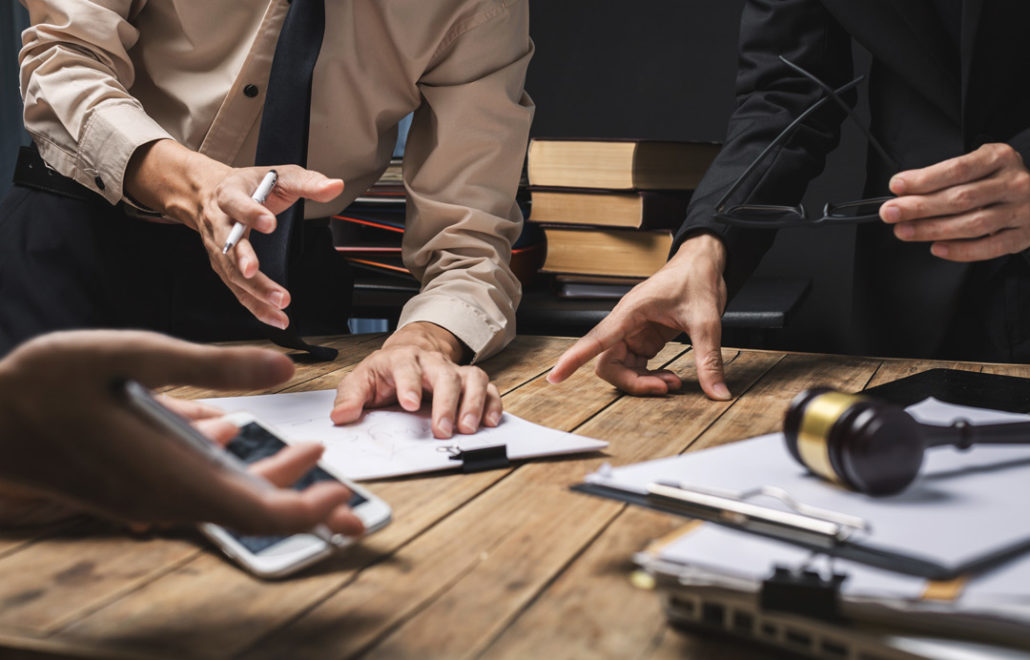 “Now, Betty and Hal will have successfully avoided putting a time-bomb in Charlie’s hands after their demise—while providing critical financial support throughout his entire life.”