ESTATE PLANNING FOR AN IRRESPONSIBLE CHILD: HOW TO PROTECT BENEFICIARIES IN A TRUST

If I die before my teenage child, how do I protect my inheritance from a potentially irresponsible heir? What are a minor’s beneficiary rights to a Trust? How do you safely pass assets to young or irresponsible heirs? Is it better to give a lump sum or a stipend? How can I protect beneficiaries from themselves?

You may also want to read our more complete discussion of asset protection for beneficiaries.

(This article is excerpted from the book Savvy Estate Planning: What You Need to Know Before You Meet With the Right Lawyer)

Do you care if your Beneficiaries screw up their lives after you are gone? What if your legacy enables them to screw up their lives? If you were to die before your time, are you aware that in the absence of other arrangements in a properly constructed Trust, a child will fully inherit their portion of your estate at age eighteen in most states?

Very few eighteen-year-olds know how to handle money, including that $100,000 college fund you left in your Will.  Estate planning for an irresponsible child is crucial to ensure funds are properly managed.

You and I are aware that $100,000 in today’s dollars will provide a great boon to any student, but may not be enough to cover even two years at a private university. To a kid, however, it may seem like the proverbial pot of gold at the end of the rainbow. It may seem like $100 million. A kid with that kind of money may think they can go out and party, or run up credit card bills like an NFL star (another group not famous for financial management).

I remember how one day I got a call from a car dealership about an almost eighteen-year-old I’ll call Johnny. The manager of the place got on the line. He said, “I’ve got a kid named Johnny standing here, and he tells me he’s going to inherit a hundred grand in two days. You’re his attorney, right?”

I take a deep breath and confirm that I am, indeed, his attorney.

“Well, can you confirm that he’s going to get all that money in two days? If so, we’ll let him drive this new convertible off the lot right now.”

“Put Johnny on the phone,” I replied.

“Johnny,” I said. “What the hell are you doing? You haven’t even inherited the money yet and you’re already blowing it? Do you understand that you have to live on that money? That you have to go to school on that money? You are not rich, Johnny. It is not that much money. Get your butt out of there.”

I know that folks can have two points of view about their legacy. The first says, “I can’t worry so much about my children once I’m dead. They’ll be adults. I’ll be gone. I won’t care.” The second says, “I’ve worked too long and too hard for what I’ve accumulated. I don’t want it blown.”

In my experience, about half the people who inheriting a trust fund blow their inheritance pretty much right away. Poof, it’s gone.

In the case of Johnny, he’d technically inherited the money when he was only ten years old, but it had been sitting in a bank account collecting interest. During those eight years, the bequest no doubt provided a delightful obsession for his teenage imagination. A ten-year-old cannot, by law, control his or her own money. If no financial guardian has been nominated by a will or living trust, the court will provide one at great expense to the estate. But when the child reaches eighteen, they get access to whatever is left.

I should mention that for a small amount of money, such as $100,000, a simple “blocked account” can be an inexpensive alternative to a trust with an assigned guardian. In that case,
a bank simply holds the money until the child turns eighteen.

In either case, unless you have made other arrangements, there’s nothing that anyone—including a judge—can do to stop a kid from walking into the bank on his or her eighteenth birthday with a photo ID, taking out the money, and buying a Porsche.

And believe me, it happens every day.

In my opinion, you should not trust your young or irresponsible Beneficiary. You should trust your Trust.

When you sit down to discuss a Living Trust with your Estate Planning Attorney, you need to talk through the personalities and possible outcomes for each of your Beneficiaries.

As I have discussed elsewhere, Living Trusts are “buckets” into which you put your assets, in order to pass them on in an orderly way. If you have dependents who cannot handle their own affairs, you need to think about creating a bucket with a little spigot attached.

This could be the best way to leave assets to heirs for you and for them, as the spigot will be controlled by the responsible adult you name as trustee until your Beneficiary turns twenty-two, twenty-five, thirty, fifty, or never, depending on what you know about that beneficiary.

Such a bucket, properly constructed by a reliable attorney, cannot be dumped out on the ground and wasted all at once. Instead, the spigot pays out $500 a month, $1,000 a month, or whatever makes sense to you. Importantly, those amounts may be easier for your financially inexperienced heirs to visualize, hence, manage. A hundred thousand dollars can be a mere abstraction, hard to comprehend. Everyone understands a thousand a month.

Of course, it’s crucial that you assign a Trustee who can handle the responsibility of controlling your little spigot. You must also anticipate such issues as a trustee who can no longer serve.

I often talk about the remarkable freedom that Americans have to control what happens to their stuff after they die. One of these freedoms is protecting children in trust planning who may be irresponsible or simply too young to effectively manage the funds. Each trust can be highly tailored to individual circumstances.

It’s your money, and you get to decide.

Can a trustee withhold money from a beneficiary? Simply put, yes they can manage monetary distributions to avoid the misuse of the trust.

For example, when estate planning for an irresponsible child, you can say that an heir will get no access to their funds until they hit, say, forty. Along the way, prior to age forty, the money can be dripped out to them on an as-needed basis, in a controlled manner by the assigned trustee. I’ve seen Trusts structured so that a child receives a third at age twenty-five, a third at age thirty, and a third at age thirty-five (which for technical reasons must be written as “a third, a half, and a whole”).

What does such an arrangement accomplish? Well, for the under-motivated child, it might force them to work, while giving them really useful boosts at key moments in their careers. You may be asking yourself, “If my son gets the money right away, will he just sit around smoking dope and playing video games all day?”

I have plenty of clients who tell me their kids have reached fifty, but they still can’t be trusted to handle large amounts of cash. And to be frank: if someone has reached fifty without achieving financial responsibility, it’s unlikely they ever will.

In the above examples, you may worry that there’s something mean-spirited in structuring a trust to provide a stipend instead of a lump sum. But in my experience with estate planning for an irresponsible child, such a legacy often creates a far more positive memory—even for an older heir.

It’s all in how you phrase it.

Suppose you and your husband are eighty-five. You sit down with your daughter who is fifty-nine. She has worked hard her whole life, but she’s never been that great with money, and hasn’t put much away. She’s tired out and doesn’t want to work forever, but she’s worried about her retirement. Suppose you tell her, “Listen, honey, we’re setting up a trust. After we’re gone, this trust will pay you $1,000 a month, hopefully for the rest of your life.”

Then every single month, when that payment rolls in from your Living Trust to her bank account, your daughter thinks of Mom and Dad with fondness. You are remembered every month. And you can rest easier, knowing that no matter what happens in her lifetime, she will have something to live on.

On the other hand, if you just gave her $200,000 in a lump sum, it’s a one-time event. She may make a foolish investment, or worse. Ten years later, both you and the lump sum will be just a memory.

Such arrangements can be set up with a properly drafted, continuing Trust that names a responsible successor Trustee—a person, private professional fiduciary, or bank. Or, you could simply buy an annuity that pays her a monthly dividend. Discuss these options with your attorney and financial planner when creating an estate plan.

The same positive attitude should be taken with other heirs for whom you create a bucket with a “spigot.” You can create a tremendous investment advantage by keeping money in a Trust Fund for a child inheritance that is properly managed to grow over time. So, if you think it’s wise to withhold monies from an heir until twenty-five, thirty, thirty-five or beyond, you can and should frame this arrangement in a positive light. “In order to provide Johnny with more substantial means, we have created a Trust invested with Acme Investments to grow over the next twenty years. Increasing payments will be made to Johnny when he turns twenty-five, thirty, and thirty-five.”

Following this process allows parents to provide monetary benefits to their children without leaving them a lump sum that could easily be mismanaged. And, you need to say nothing about any lack of confidence in Johnny’s judgment. All he will see is the support provided by the trust fund.

Think about a trust with delayed distribution as a caterpillar that becomes a butterfly over time.

Focus on the butterfly.

What Do We Do as California Estate Planning Attorney Specialists?

The lawyers and staff at CunninghamLegal help people plan for some of the most difficult times in their lives; then we guide them through the decision-making process when those times come.

Make an appointment to meet with CunninghamLegal for California Estate Planning and Trust Administration. We have offices throughout California, and we offer in-person, phone, and Zoom appointments. Just call (866) 988-3956 or book an appointment online.

Please also consider joining one of our free online Estate Planning Webinars. You may also be interested in the book from which this article was excerpted. 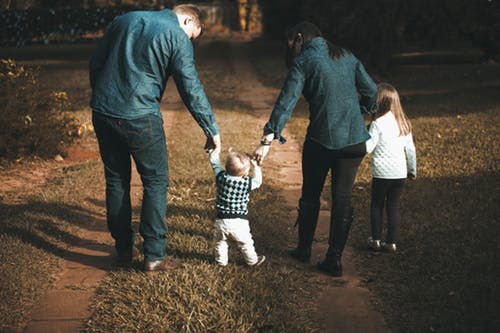