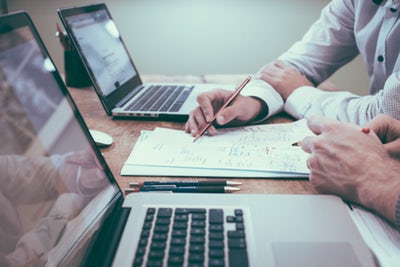 In the last chapter, we talked about protecting beneficiaries from themselves. But maybe you don’t have to worry about such protections. Maybe none of your heirs are young and foolish. Perhaps none are mentally incapacitated. All might be gainfully employed and out of prison. Maybe you can rely on them to handle even a large bequest.

You may even have the perfect family.

Unfortunately, however, it’s a rough world out there, and lots of third parties can prey on even the most responsible heir. You should protect your legacy as best you can from such persons.

Who are these third parties? In this chapter, we’ll discuss both creditors and professional estate predators. But let’s start with the most common of dangerous third parties: divorced spouses.

How are the marriages of your beneficiaries?

Suppose, when you die, your estate generously gifts $500,000 to your wonderful niece, Sandra. After your funeral, when your will is read, Sandra loves you all the more. During payout by the executor, the money passes quickly into Sandra’s joint bank account with her husband.

But what if, a short month later, Sandra’s husband files for divorce? Has that $500,000 suddenly become marital property and fair game in the divorce proceeding? Maybe, and maybe not. What if Sandra and her husband put that money directly into paying off the mortgage on their house—but the house goes to the husband in the eventual divorce settlement? Has Sandra lost most or all benefit from the $500,000 you left her? Very possibly, yes.

Even worse, the receipt of that $500,000 may trigger the divorce itself. Why? Because suddenly, a frustrated spouse sees a financial path out of the marriage. He or she makes the move.

Honestly, it happens all the time.

I recently had a case in which a client was owed a sum of exactly $500,000 from a bequest. Even though he had set up a separate account in his own name, the money was mistakenly wired to his joint bank account. That same week, his wife filed for divorce and succeeded in taking half the money.

In another case, I was called as a witness on a case involving a client who was inheriting a big chunk of money. The judge wanted to know how much he was inheriting, and he wanted to delve into the precise nature of the estate documents, because the court might want to impose a higher order of spousal support on my client. In this case, the living trust documents proved bulletproof, and the inheritance could not be counted in my client’s assets.

Nevertheless, the ex-wife gave it her best shot.

Laws vary by state, but in general, if (and only if) an inheritance has been properly structured through a trust, it does not become part of marital property, and it can be protected from loss during a divorce.

You should consider creating a trust in a manner that will protect your heirs from unworthy creditors and professional predators.

I’m not talking about people or businesses to whom your heirs have stopped paying bills. I firmly believe in paying money that is owed. I’m talking about the many ways in which your heirs may become responsible for something not their fault at all.

Maybe your heir cosigns for a student loan for his child— and when the kid turns forty, your long-suffering heir is still responsible for the money. Maybe another heir becomes a business partner in a venture that goes under, thanks to crazy debts created by her partner.

Maybe, as in the example in Mistake #9, your heir runs an apartment building in which a bad manager sparks a lawsuit by a protected class of tenant.

Maybe your heir is a surgeon and a patient’s lawyer finds a way to go beyond her malpractice insurance to attack her personal assets.

Many times, people are held liable for things which are not what any normal person would consider their responsibility. But creditors, predators, and courts do. Indeed, people are often pulled into lawsuits which honestly baffle them.

A physician works as part of a team in an operating room, and hours after she’s done her part of the job and left the hospital, something completely unrelated goes wrong. Usually, the patient’s attorney will sue her along with everyone else, including the anesthesiologist, the hospital, everyone—figuring someone will be nailed for the money. The same may be true if you are a part owner of a business that you do not manage personally.

In my noble profession, legal strategies often revolve not around who did the deed, but who has money to pay for the consequences. Unless you do your estate planning right, you can make your heirs into targets, just by giving them your hard-earned stash.

WHO ARE THE PREDATORS?

Beyond creditors and lawyers, we see professional predators who actively seek out money from estates, especially if those estates go to probate. Remember that once in probate, the names of all estate beneficiaries and all the details of the finances are made public—right down to the date each person inherits and the specific amount of that inheritance, (see Mistake #10: Letting Your Family Go to Probate).

Professional predators gather probate information, and then show up with scams of all kinds, from land deals to bogus lawsuits. They might appear right at the probate hearing, with some surprise debt you yourself might not have remembered if you had been alive and standing there in front of the judge.

Then there’s the government. Governmental agencies and their lawyers are just like everyone else: they look for significant piles of money and go after them. Their tactics may include everything from estate “death” taxes to collecting income taxes on inherited IRA distributions (see Mistake #5: Assuming Your Living Trust Covers Things Like IRAs, 401(k)s, 403(b)s, 457s, Annuities, and Insurance). I’m a patriotic guy, but as a lawyer protecting my clients, I have to list the IRS under “predators,” too.

This has been an excerpt from the book  Savvy Estate Planning by Jim Cunningham. For more information on how an attorney can help you, attend one of our FREE seminars.